Helping Students Use Theory to See the World Differently 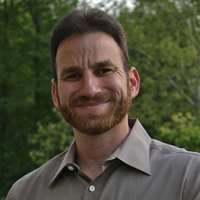 In his Educational Psychology course, Joshua Danish teaches prospective elementary education majors about theories of learning that will help them in their future lives as classroom teachers. But he wants students to be able to do more than simply describe the theories. “In teaching theory, and in my case learning theory, it’s all too easy to get into a mindset of having students simply be able to regurgitate the theory and say what it says, what’s stated in the theory, but not how to use it.”

Danish draws on sociocultural or situative theories of learning, which state that for students to take what they learn in the classroom and effectively apply it in real world situations, their learning must be highly situated and contextual, and must draw on their long-term goals—in the case of Danish’s students, their desire to be effective teachers.

One way to use a theory, according to Danish, is “to see some aspect of the world differently because of that theory.” To help his students see classroom activities and behaviors through the lens of learning theories, Danish takes advantage of the fact that students in his course are concurrently enrolled in a fieldwork experience in which they observe elementary school classrooms. Each week, some students in the class are assigned to post a paragraph or two in the course Oncourse forum, describing a moment in the class they are observing when they think learning happened. Then other students in the course are assigned to respond to those observations, using the theories they are learning about in class.

At first, Danish notes, students needed extensive feedback on their posts—on both the level of detail needed in the observations themselves and on the connections between the observations and the theories. “We don’t always ask students to describe the world in rich, theoretically laden detail, so to me that was part of the process, learning to describe what one is seeing.”

To help students gain practice in making these detailed observations, Danish shows short video clips of classroom activities (taken from online sources such as YouTube, or drawn from his own research) to his students in class. By asking them to describe what is happening in the videos at key moments, and then to connect those observations back to the theories they have been studying, Danish enables students to see the utility of theory in helping them understand the world better.

Reading and commenting on the students’ online posts not only helps them apply theories to the real world of the elementary school classroom; they also help Danish structure his own in-class activities with his students. At times Danish uses class time to clarify ideas that have surfaced in the students’ posts that he thinks need further explanation; alternatively, he can skim over concepts that students’ posts have shown they clearly understand.

Danish has discovered that students find these exercises enjoyable and highly motivating. “The students reported that it was challenging in a good way, and quite interesting.” Part of the key to this motivating effect is the public nature of the posts the students make. Students are motivated to do well in these exercises both because they are writing for an audience of their peers in addition to the professor and because they are allowed to pursue their own interests within the context of the course.

As a result of these exercises, Danish has observed that in papers and on exams, students have shown improvement not only to describe theories but also to talk about how the theories might be visible in the real world. Their observations have also become more detailed and insightful. In the future, Danish would like to have students search YouTube for video clips that in their view exemplify particular theories. This would give the class as a whole more observations to discuss, while also providing Danish with a library of video example to use in future classes.

Joshua Danish is an assistant professor in the Learning Sciences Program in the School of Education. He earned a Ph.D. in Education from UCLA. His research examines how young students create representations while learning about complex science concepts.

Center for Innovative Teaching and Learning